The Strathmartine Press is delighted to announce the publication of Law, Lordship and Tenure: The Fall of the Black Douglases by Alan R. Borthwick and Hector L. MacQueen.

This book is a new interpretation of the fall of later medieval Scotland’s greatest noble family, the Black Douglases, in 1455. The discussion reaches back in time to over a century before, as the family began its rise to the pinnacle of Scottish society. The killing of William eighth earl of Douglas by King James II in 1452 receives particular attention, as also the way in which he, his brother James (his successor as earl), and their predecessors exercised their power and authority as earls and lords. The identifiable failings of the Douglases in this regard are the key to understanding the catastrophe that befell the family in 1455.  The book’s principal analytical tool is the law relevant to these events and the specific meaning and significance of the documents (which is often a legal question) that evidence them. This form of analysis is at least as relevant as any based more on contests for raw power, with ‘legal consciousness’ a vital feature of Scottish noble society.

Alan R Borthwick is Head of the Private Records section of the National Records of Scotland.

Hector L MacQueen is Emeritus Professor of Private Law in the University of Edinburgh.

Law, Lordship and Tenure is available on Amazon 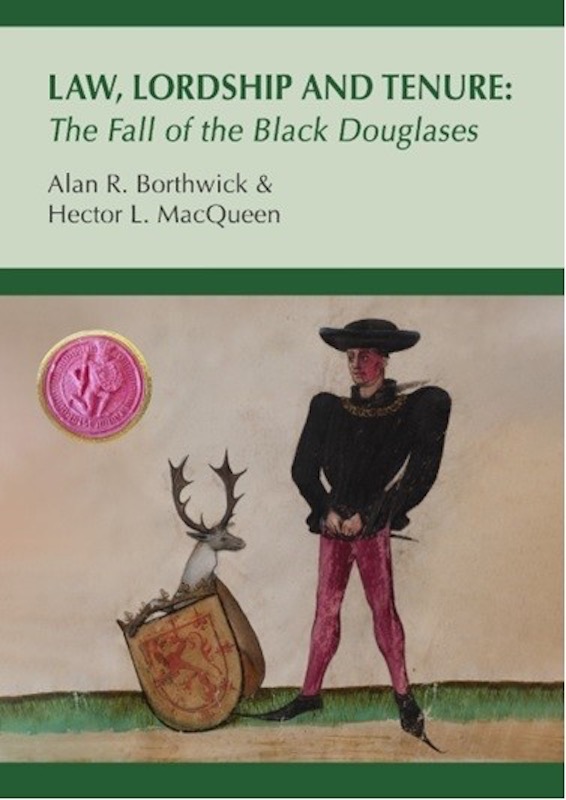